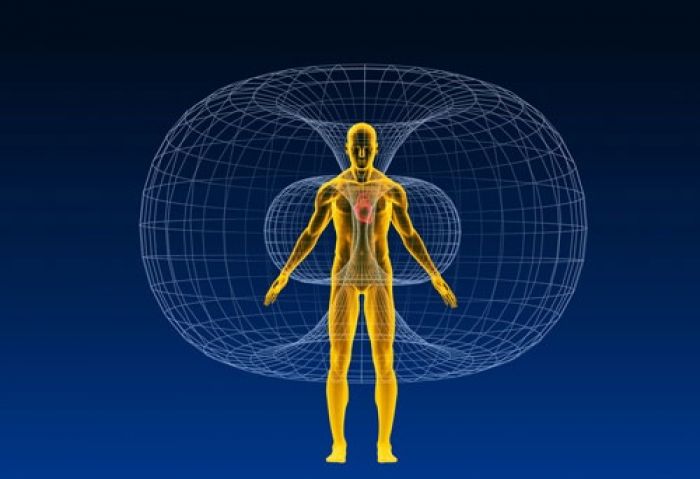 "Biological rhythms, physical well-being and mental states are dependent on our electrical brainwave system interacting with the extremely weak electromagnetic fields generated by the Earth's telluric and Cosmic radiations."

This passage can be found in the "Journal of Complementary Medicine in Nursing and Midwifery" in a research article from 2003 which explores the health hazards associated with exposure to electromagnetic fields.

Your body is a battery, howbeit a weak one. Alternative Practitoners are coming to recognize this and are referring to the body not as a biochemical organism but an electrochemical organism.

Science has even concluded that death results from the absence of an electrical pulse. The body runs on electrical energy. This can not be denied.

And that is why the advent of man-made electromagnetic fields is of paramount concern,

"In a single generation, since the evolution of humankind over millions of years, we are exposed to a wide range of powerful, artificially generated electromagnetic radiation which adversely affects the subtle balance in nature's energy fields and has become the source of so-called ‘diseases of civilisation’."

Man's subtle energy body is electric in nature. Living amidst a sea of EMFs creates a deep and chronic stress in the body which, over time, shows up as a variety of symptoms such as fatigue, headaches, skin rashes, brain fog, depression, irritability, insomnia and more.

Modern research has shown that exposure to artificial EMFs creates an imbalance in the brain, which leads to an imbalance in endocrine function, as the brain's pituitary, pineal and hypothalamus are responsible for the regulation of hormones throughout the body.

A lack of the hormone melatonin is likely the main cause of sleep problems among those exposed to man-made EMFs.

A lowered production of serotonin can be seen in those exposed to EMFs. Low seratonin levels are associated with states of chronic depression.

Compromised immunity is associated with exposure to EMFs. The production of hormones that would usually be secreted to help boost the functioning of the immune system are greatly diminished or entirely absent after exposure to EMFs.

Alternative Health Practitioners are beginning to recognize that the interaction between a person's subtle energy body, which is predominantly electric in nature. and that person's environment sets the stage for a life of health or a life of disease.

"Generally, there is a lack of awareness and understanding of the impact electromagnetic fields can have upon health and well-being."