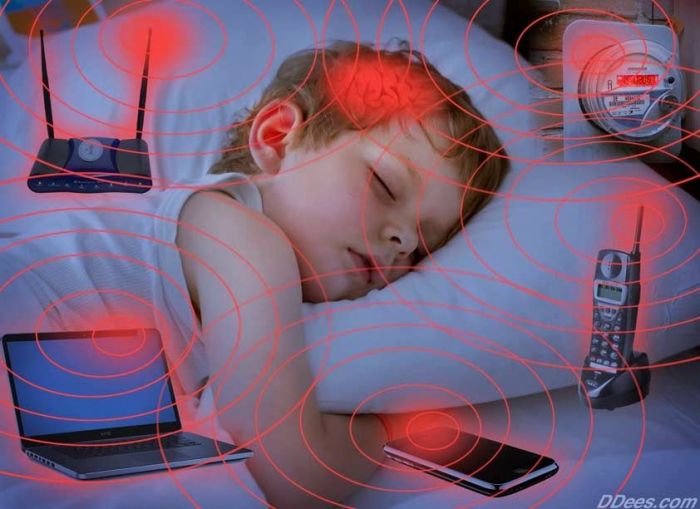 This comes as big news in a culture that has been dominated by the notion that EMF Hypersensitivity is 'all in your head'.

The study was conducted by researchers using a female physician.who was self-diagnosed as suffering from EMF Hypersensitivity.

An EMF field of 60 Hertz ( the voltage used in US) was beamed over the subject's head. The subject was not told when the EMF field was being projected and when it was not, therefore she had no way of knowing when she was indeed being exposed to the EMFs.

The researchers would randomly turn the EMF field on and then on, and then on again. This went on for some time. They found that within 100 seconds of the female physician being exposed to the EMF field she developed temporal pain, headache, muscle twitching and skipped heartbeats.

Based on these results, the researchers concluded that the symptoms experienced by the woman were not psychological but rather somatic  meaning in the body. They concluded that EMF Hypersensitivity is a new Neurological Syndrome and should be treated as a health issue rather than a form of hysteria.

This study validates what countless EMF Hypersensitives have been experiencing for years. Sensitivity to electrical fields is not in one's head. The truth is the electrical current affects the functioning of the brain - which is electrical - which then alters the functioning of the Autonomic Nervous System, resulting in various physiological changes that present as symptoms.
Source:
http://www.tandfonline.com/doi/abs/10.3109/00207454.2011.608139?journalCode=ines20

More in this category: « Are You Being Cooked by Radiation? Smart Attack! »