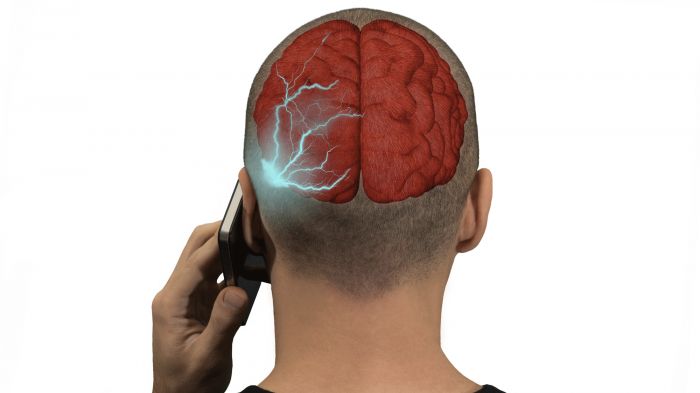 Over the years, countless studies have linked cell phone radiation to various diseases that affect the ability of a person's brain to function. Alzheimers and Autism are just a few of the degenerative conditions that have been associated with exposure to cell phone radiation.

A 2012 study out of the University of Athens, Greece looked at why cell phone radiation might have this affect on brain function.

Using two groups of mice, the researchers exposed one of the groups to radiation equivalent to what is emitted by a cell phone or DECT cordless phone. The mice were exposed to this radiation for a period of three hours every day for eight months.

The control group of mice were not exposed to any EMF source.
The researchers found that the daily exposure to cell phone type radiation resulted in the permanent damage of 143 proteins in the brains of the mice. The damaged proteins were found in the Hippocampus, Cerebellum and Frontal Lobe of the brain.

The control group showed no changes in their brains.

Damage to these brain proteins results in problems concentrating, learning and remembering. Defects in these proteins have been found in Alzheimer's patients.

The researchers concluded that it is the damage to proteins in the brain induced by exposure to cell phone and cordless phone radiation that lead to the symptoms associated with EMFs.
Symptoms such as headaches, dizziness, fatigue, memory deficit and sleep disturbancesare some of the most common symptoms reported in adults. In children, damage to brain proteins results in symptoms that tend to be associated more withlearning and communication problems, as well as behavioral issues.

Cell Phone  & Cordless Phone EMF Protection
Many people do not realize that the current DECT cordless phones emit radiation similar to the radiation emitted by a cell phone.

Both types of phones should be spot-cleared if used regularly.

Cell Phones should be cleared by placing a Cell Phone Tab on the front or back of the phone.

iPhones and other types of PDAs are more powerful than a regular cell phone and often require adding a second Resonator for complete clearing. We recommend placing either two  Cell Phone Tabs on the phone or one Cell Phone Tab and one 3-Hole. The 3-Hole will work to clear the cell phone's battery, while the Cell Phone Tab will clear the antenna.

We have seen great clearing results with both set-ups.

More in this category: « Wireless Silent Spring: Part 1 Why Man-Made EMFs Are So Disruptive to the Body »