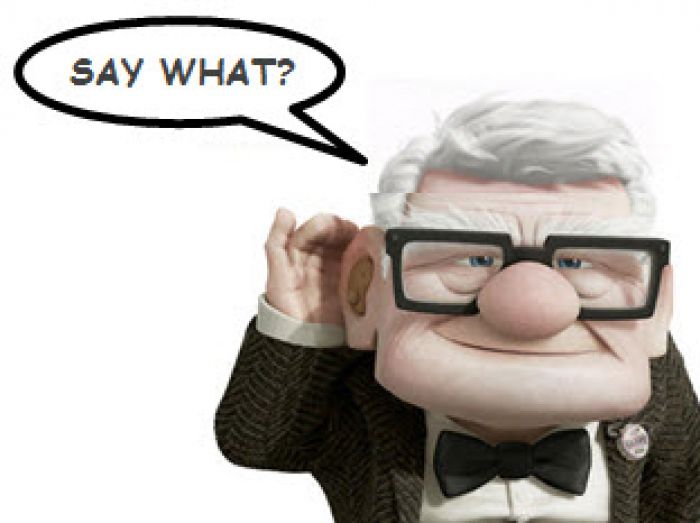 Editors Note: The following article is from EMF Blues.  Please check them out here.  This is also why we strongly recommend a headset when using your mobile device.

A 2011 study out of the Department of Ortohinlarygnology and Head and Neck Surgery at the University of Malaya in India has found that cell phones held up to the ear cause hearing loss in that ear.
The study was conducted using 100 subjects between the ages of 20 and 45, with the average age being 27. Out of the subjects, 53 were males and 47 were females. An Audiologist performed measurements of the subjects' hearing using  an Audiometer.
All subjects had their hearing tested in both ears before the study began. The subjects were asked to use their cell phones for anywhere between 5 minutes and 180 minutes per day. They were also asked to hold the phone up to their ear during talk and to consistently hold the phone up to the same ear, known in the study as the dominant ear.
Subjects were to log in their phone time per week.
After a period of several weeks, the subjects' hearing was tested again. The result was that the dominant ear in over 38 of the participants showed a significant loss of hearing. The subjects who experienced the hearing loss were an average age of between 30 and 35 and used their phone up to the ear for between 24 and 40 minutes per day,
The younger cell phone users, those between the ages of 18 and 24, did not suffer the same levels of hearing loss but, compared to the older group, used their phones for a shorter duration each day.
The researchers conducting the study concluded that the cell phone's electromagnetic radiation (found within the radiofrequency band) was adversely affecting the inner ear. The inner ear contains the cochlea and is responsible for allowing us to hear sound. Due to the close proximity of the cell phone to the inner ear (approximately 3 cm) during an actual call, researchers concluded that the cochlea was being adversely affected by the cell phone's radiofrequency radiation.
The researchers hypothesized that the RF radiation might be doing permanent damage to the fine hair found within the ear. The hair, called cilia, seem to be responsible for transforming vibrations into sound. Unfortunately, the RF radiation from cell phones seems to adversely affect the cilia and, hence, the ability of the person to hear certain frequencies.
The researchers found the hearing loss to be in the high-frequency range, generally above 8kHz.
The study concluded that cell phone radiation was the cause of the hearing loss due to the loss only occurring in the ear which the cell phone was held up to, the subject's dominant ear.
Source: https://www.ncbi.nlm.nih.gov/pmc/articles/PMC3918279/
Rate this item
(0 votes)
Tweet