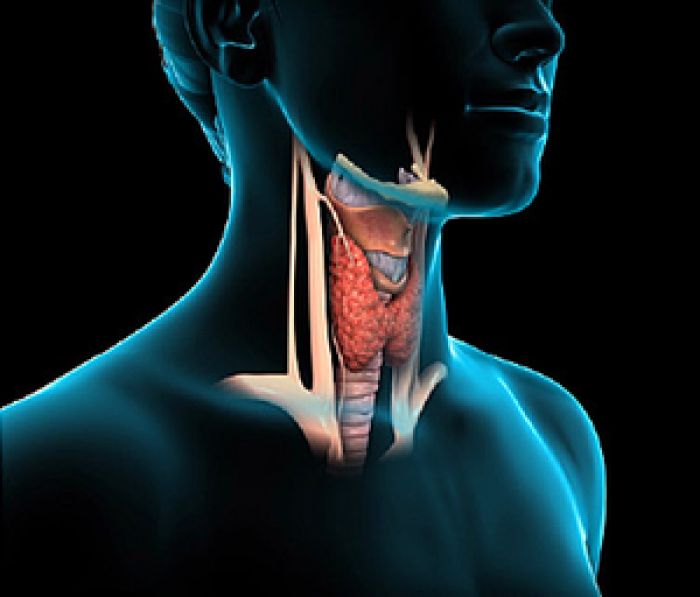 Hypothyroidism is another name for having an underactive thyroid. In the past, Hypothyroidism was a condition seen primarily in women approaching menopause, as the shift in female hormone production during this time was thought ot have a suppressing effect on the thyroid.

However, in recent years, Hypothyroidism has become much more common. This condition is now routinely diagnosed in men, as well as young women who are of reproductive age. In fact, many adolescents are now found to have thyroid levels below the norm.

A 2005 study out of Akdeniz University, in Turkey has found that EMFs lower the amount of thyroid hormone produced. Using two groups of rats, researchers were able to demonstrate that the rats exposed to a 900 Megahertz frequency for 30 minutes a day, 5 days a week for 4 weeks  had lower levels of both TSH and T4/T3 at the end of the 4 weeks.

900 Megahertz is a band of the Electromagnetic Spectrum used for both cordless phones as well as cellular communication. Unlike the rats in the study, the average person today is exposed to this frequency band on a daily basis and for much longer than just 30 minutes a day.

TSH, short for Thyroid Stimulating Hormone, is a hormone secreted by the Pituitary Gland. TSH tells your thyroid to produce its two hormones, T4 and T3. T4 is the non-active version of  thyroid hormone, while T3 is the active version.

How EMFs work to suppress the production of thyroid hormone is not quite understood. But we do know that radiation exposure in general greatly affects the thyroid, as has been seen during past nuclear disasters.