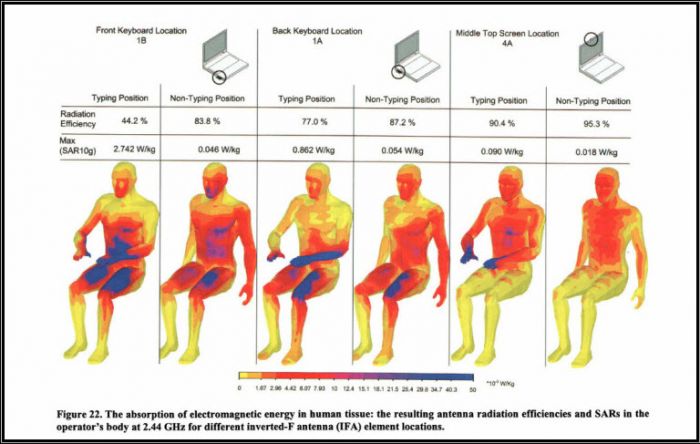 EMF pollution comes in many forms. Researchers are finding that it is the wireless electromagnetic frequencies, also known as microwave radiation or Radio Frequency radiation, that are causing the most problems when it comes to our reproductive systems.

An October 2013 study done by researchers out of three Medical Universities in Turkey and Qatar have found that exposure to WiFi radiation causes significant changes in both the Male and Female Reproductive Systems.

Male and female lab rats were exposed to Radio Frequency Radiation equivalent to WiFi, with some of the female rats being pregnant. Researchers found that exposure to WiFi caused endometriosis in the female rats.Overall inflammation was found in both sexes, as blood markers indicated the immune system was being triggered as if fighting an invader.

Another significant change seen in the female rats' reproductive systems was a decrease in the amount of follicles seen in the ovaries. Follicles are important for regulating a woman's menstrual cycle, as each follicle is responsible for secreting hormones used for just this task. If the amount or activity of a woman's follicles decreases, she will be deficient in certain sex hormones. which will then force her body to use her adrenal glands as a secondary source of sex hormones.

Unfortunately, the adrenal glands were not designed as a primary source of sex hormones and they easily become overworked in this role and begin secreting stress hormones, which only add to the body's stress levels.

In addition, luteinizing hormone was seen to increase in male rats exposed to the RF radiation while production of testosterone in these same male rats was reduced. Increased levels of luteinizing hormone in males has been associated with high stress levels and has even by implicated in Male Pattern Baldness, while low levels of testosterone has been linked to infertility.

As exposure to wireless radiation such as WiFi continues to increase in the USA, fertility markers among both Males and Females continue to decline.