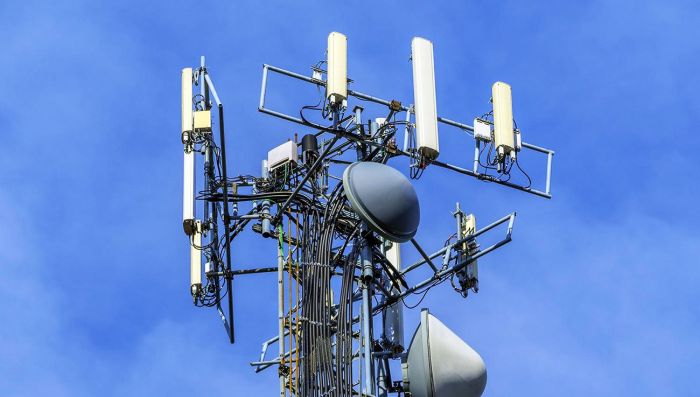 Editor's Note: this article is curtisy of the EMF Blues website.  Check them out here.

“Existing safety guidelines for Cell Phone Towers are completely inadequate. “
- Dr.Gerard Hyland, Nobel Prize Nominee for Medicine
More than 25% of Cell Phone Towers are hidden; disguised as flag poles, chimney’s, trees, water towers, light houses…even tombstones. While hidden cell towers might improve the landscape, they can also lull the public into a false sense of security. While pumping gas at your local station, you might be standing 10 feet away from a Cell Tower placed inside the gas station sign.
Whats more, mini Cell Towers, called femtocells, are growing in popularity. Small enough to fit in a home or office, they are the size of a router and essentially work like a mini Cell Tower to amplify your signal and guarantee good reception for your call.
While the convenience of being ‘connected’ has run the mainstream narrative since the inception of cell phone usage, the dark side of cell phone tower radiation has received comparatively little attention by both the mainstream media and the scientific community.
Cell Tower Safety Studies
“To claim there is no adverse effect from phone towers flies in the face of a large body of evidence. There is no safe level of EMR Radiation.”
– Dr. Neil Cherry, PH.D. Biophysicist
While the official word on cell tower radiation is that it is below the levels of heating tissue and, therefore, considered ‘safe’, there is evidence that non-thermal levels of radiation does indeed cause changes within the body.
Various studies have shown that living near towers has also been linked to brain tumors, cancer, suppressed immune function, depression, miscarriage, Alzheimer’s disease, multiple sclerosis and autoimmune illnesses such as fibromyalgia and lupus.
According to the Mount Shasta Bioregional Ecology Center in California, studies on Cell Phone Tower health effects have shown that “even at low levels there is evidence of damage to cell tissue and DNA, and it has been linked to brain tumors, cancer, suppressed immune function, depression, miscarriage, Alzheimer’s disease, and numerous other serious illnesses.”
A study by Dr. Bruce Hocking in Australia found that children living near cell phone towers in Sydney had more than twice the rate of childhood leukemia than children living more than seven miles away.
According to Dr. W. Lšscher of the Institute of Pharmacology, Toxicology and Pharmacy of the Veterinary School of Hanover in Germany, dairy cows that were kept in close proximity to cell phone towers for two years had a reduction in milk production along with increased health problems and behavioral abnormalities. A cow with abnormal behavior was taken away from the cell phone antenna and the behavior subsided within five days. When the cow was brought back near the antenna, the symptoms returned.
Clearing Cell Phone Tower Radiation
Crystal Catalyst Technology offers an innovate approach to clearing cell tower radiation. Rather than attempting to block or shield these radiations, Crystal Catalyst Technology harmonizes these frequencies so they are no longer stressful to the body.
For clearing incoming cell phone tower radiation in your home or office, we recommend installing a Star Tri-Pak. The Pak should be positioned, preferably on a windowsill, with the long edge of the Pak aiming towards the general direction of the Tower.
The Clearfield Plate is a Whole House Clearing Device and can be installed in a home or office for clearing incoming radiation from cell towers. The Plate can be hung on a wall or placed flat on a surface.
Rate this item
(1 Vote)
Tagged under
Tweet