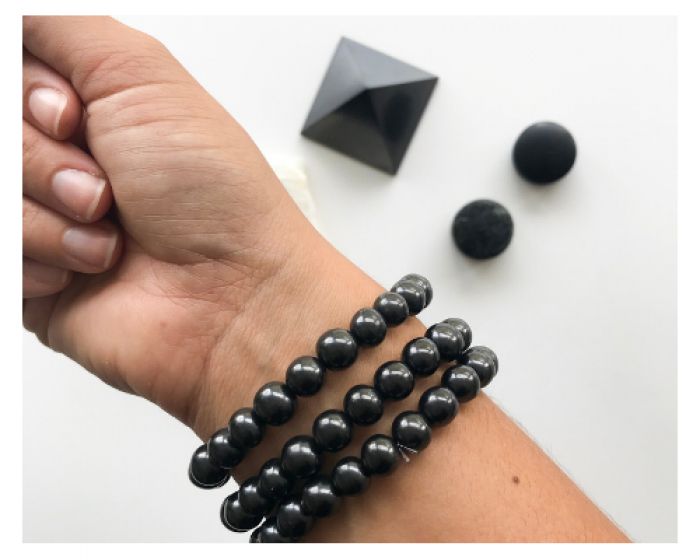 Shungite is an ancient stone estimated to be over 2 billion years old. While its origins are shrouded in mystery, many researchers believe the current deposit of Shungite, which is found only in a specific area of Russia, is the result of a meteorite hitting the earth over 2 billion years ago.

That theory took on more weight when the discovery of Fullerenes took place in the mid-1980s. The scientists who discovered these carbon-based molecules found that they existed in outer space. Shungite is one of the few natural sources of Fullerenes found on earth.

Shungite has been studied by the Russians for several decades. Their studies have found that Shungite has a very positive effect on our bodies, our environments and our overall well-being.

Shungite is unique in that it is comprised of Organic Carbon and Fullerenes. Both of these substances on their own have powerful health and wellness applications. With Carbon having a history of being used to purify both air and water - carbon filters- it also has a rich folklore history of being used internally to purify the body through the use of Activated Charcoals - also called Activated Carbon.

Fullerenes, since their initial discovery in 1985, have become known as a master Antioxidant, with one study showing their ability to regenerate the livers of rats and, hence, extend their lives.

High-quality Shungite contains both Organic Carbon and Fullerenes in their raw state. When these stones are worn or placed in our homes, cars, work places, etc., they exert a powerful beneficial influence on us.

Shungite's rise to fame as a stone in modern times is due mostly to its immense ability to harmonize man-made electromagnetic frequencies. The stone projects a energy field capable of neutralizing stressful and chaotic frequencies, thereby allowing the body to remain strong even when in the presence of one of these EMF fields.

In addition to Shungite's ability to transform harmful EMFs into beneficial frequencies, it also possesses the unique quality of increasing a person's 'connectiveness' to earth energy. This is more commonly called grounding. Anchoring, rooting andgrounding are natural abilities the body has that aids in increasing the body's healthy electromagnetic field through aligning it with that of the earth's. This creates strength in the body.

Whether worn or placed in a home, Shungite brings with it this strong earth energy .