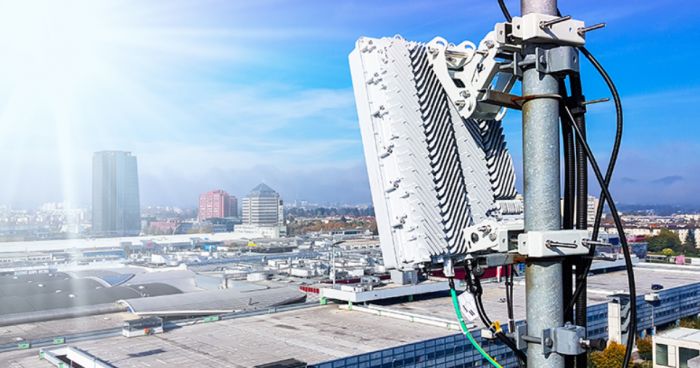 Kennedy is currently Chairmen of the Children's Health Defense, a non-profit organization he began that is committed to "the health of the environment and people". The CHD speaks out on the health risks associated with wireless radiation, and, more recently, 5G.

According to the CHD, most people are not well-informed as to the risks of exposure to radiation from wireless devices such as cell phones, cell towers, bluetooth, Smart Meters, WiFi and more, as well as 5G. The CHD feels that the emphasis an technology is on its potential lifestyle benefits, with little attention paid to its health ramifications.

In fact, Kennedy's CHD filed a lawsuit against the FCC in February of 2020 for the FCC's 2019 decision to decline to review its 1996 Radiation Safety Guidelines, which many scientists and experts in the field of EMFs and radiation deem "outdated" and "unprotective".

So. it is no surprise that Kennedy and his non-profit are now speaking out against 5G.

According to the CHD:

"5G promises to create an even 'denser soup of electrosmog,' with incalculable health effects. One of the novel dangers introduced by 5G technology is its reliance on high-frequency millimeter waves (MMWs), a bountiful and not previously commercialized portion of the electromagnetic spectrum.

While 5G’s enthusiasts are quick to promise support for literally billions of devices, there is one catch—the shorter millimeter wavelengths cannot travel as far as the lower frequencies used for earlier generations of mobile technology. Thus, while there were about 300,000 wireless antennas on U.S. cell towers and buildings as of 2016 (a doubling since 2002), 5G will require “exponentially more”—millions of small cell towers every 500 feet “on every street corner.”

The CHD points out that retired U.S. government physicist Dr. Ronald Powell calls 5G “mandatory irradiation” without “prior study of the potential health impact” or any assurance of safety.

Kennedy and his team have reported on the symptoms of radiation poisoning being seen in people shortly after the roll-out of 5G.  Almost immediately after 5G was activated in Vienna, Austria, reports of health problems such as insomnia, miscarriage, memory problems and other neurological issues sky-rocketed.

A former United Nations staff member living in Austria witnessed the effects 5G had on the population of Vienna and had this to say:

"Friends and acquaintances and their children in Vienna are already reporting the classic symptoms of EMR [electromagnetic radiation] poisoning:nosebleeds, headaches, eye pains, chest pains, nausea, fatigue, vomiting, tinnitus, dizziness, flu-like symptoms, and cardiac pain. They also report a tight band around the head; pressure on the top of the head; short, stabbing pains around the body; and buzzing internal organs.”
Kennedy's CHD states that the rush to blanket the planet with 5G “constitutes an experiment on humanity and the environment that is defined as a crime under international law.”