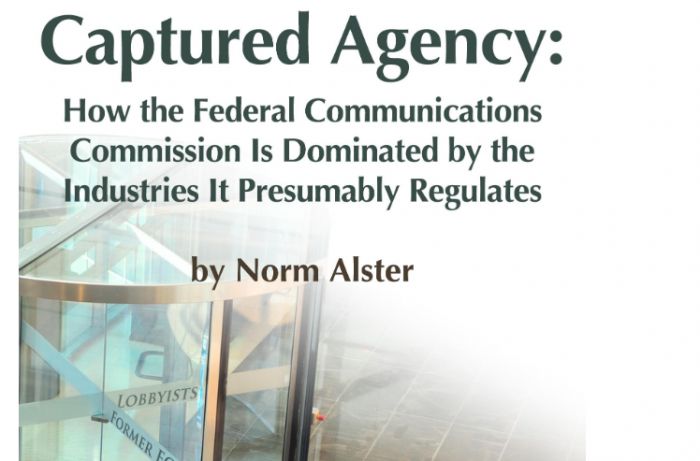 FCC: 'Captured Agency'
Captured Agency is the term used to describe a situation where the Governmental Agency that regulates a certain industry is being run or dominated by that industry.

Harvard Center for Ethics Publishes Expose
In 2015, the Center for Ethics at Harvard University published an Expose by investigative journalist Norm Alster on the ties between the Federal Communications Commission and the wireless industry it regulates. The Expose was very telling and revealed that the wireless industry was using financial leverage to control the FCC and its regulation of wireless.

Public Safety and Health Overlooked
The Harvard Expose reveals how consumer safety and health have all been overlooked by the FCC due to "unchecked industry influence."It compares the current situation with the wireless industry to the tobacco industry, as the wireless industry is using the same tactics the tobacco industry used to create a false perception of safety around wireless radiation.  Unfortunately, according to the Harvard Expose, the perceived perception of safety is not necessarily backed up by hard science.

Tactics Used By The Wireless Industry

The Harvard Expose reveals the various tactics currently being used by the wireless industry to control the FCC for their benefit.

Financial
Large financial investments into lobbying and from various 'non-profit' organizations by the wireless industry.

Undermining Credibility of Scientists
Scientists that attempt to report ucmpromised results from research on the health effects of wireless radiation are undermined and trivialized.

Claiming "Scientific Consensus"
The wireless industry attempts to convince the public via PR that there is a 'scientific consensus' regarding wireless radiation when there is not. The Expose considers this to be misleading the public.

Pushing for Minimal Regulation
Minimal regulation on wireless does not always mean safety for the consumer. The recent French Cell Phone Study that became known as "Phone Gate" revealed that the majority of cell phones emit levels of radiation higher than what is considered safe when touching the body. The way the wireless industry gets around this is by testing the levels of radiation from cell phones when they are placed at a distance from the body. But, this does not mimic how cell phones are actually used, as they are carried in pockets, in hands and often placed directly against ears.

Ignoring The Science
Although to date there are thousands of published and peer-reviewed studies on the adverse health affects of wireless radiation, these studies are not taken into consideration when regulating wireless radiation.

When the World Health Organization classified wireless radiation as a Type 2 Carcinogen (meaning it has the potential to cause cancer), it had no effect on the regulations surrounding the exposure levels allowed by the FCC.

On this WHO classification, the Harvard Expose states:

"Remarkably, it (the FCC) has not changed course despite the IARC classification of cell phones as possibly carcinogenic, despite the recent studies showing triple the glioma risk for heavy users, despite the floodtide of research showing biological effects..."