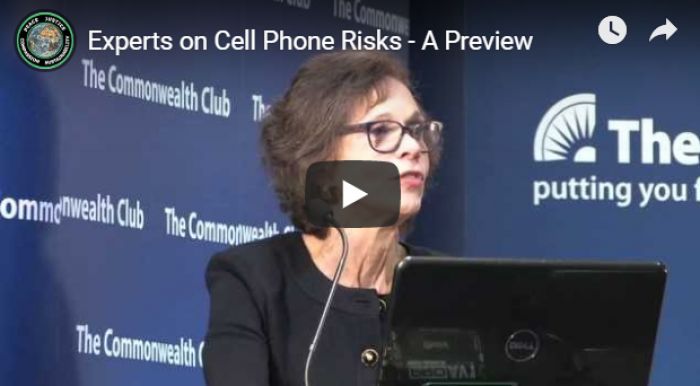 The Environmental Health Trust, headed up by Dr. Devra Davis who holds a Doctorate and Master's in Public Health, recently published an FAQ on Cell Phone Radiation.  One of the most common questions people want to know is "what health concerns are linked to cell phone radiation?"

Brain Damage
According to Dr. Davis:

Digital Dementia
At the Commonwealth Conference in 2013, evidence was presented by Dr. Kaplan that exposure to Cell Phone radiation changes the neural development of the brain.

In sync with Dr. Kaplan's findings, scientists in Korea have recently come upon an epidemic among children they have named Digital Dementia.They have found that children who are heavy users of technology have brains that are underdeveloped on the right side. This underdevelopment shows up as memory loss, attention disorders, lack of eye contact, lack of empathy and lack of ability to show emotions.

Due to these findings on Digital Dementia, the Korean government is facilitating programs aimed at reducing the use of Cell Phones and other wireless technology in hopes of reducing exposure to radiation for the public, with a special emphasis on protecting the young. Children's brains are still developing and are more susceptible to developmental damage. In addition, children's skulls are thinner, therefore their brains are exposed to higher levels of radiation than the brain of an adult.

How You Can Reduce ELF-EM…