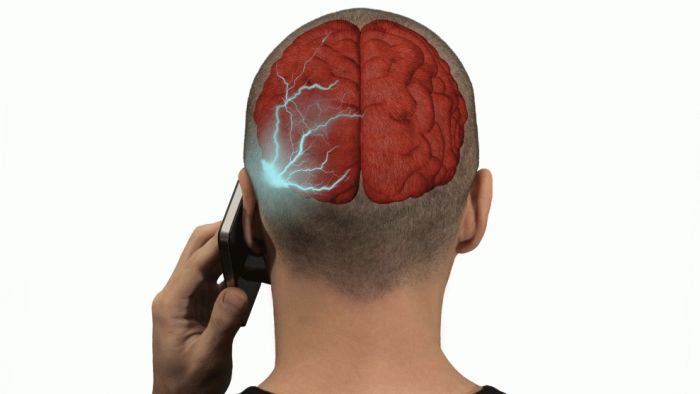 According to the scientists and EMF experts at the Environmental Health Trust, a non-profit Watchdog EMF Group, there is "scientific evidence" that exposure to wireless radiofrequency (RF) radiation has a neurotoxic effect on the brain. In laymen's terms, this means it is harmful to the brain and its functioning.

"Research indicates that exposure to wireless radiation can harm the brain. Experiential research has found that exposure reduces brain cells and causes brain cell death in the memory and learning centers of the brain. Research also has fund DNA damage in the brain from EMF exposures."

While neurotixicity is harmful for all ages, its effects on developing children's brains can be much more severe than on the fully developed brain of an adult.

The Radiation Damaged Brain
Animal studies show that brains exposed to RF radiation while in the womb develop increased hyperactivity and impaired memory. These studies also showed an overall abnormal brain development. Studies done on humans exposed to cell phone radiation showed that increased exposure to the RF radiation was linked to an increase in behaviourial problems.

Addition studies done on rats showed that as little as one hour of exposure to cell phone radiation per day kills brain cells.

FCC Made Aware of Neurotoxic Effect
This study showing the death of brain cells prompted Dr. Kaplan, one of the researchers, to contact the FCC in regards to them re-evaluating their current 'safety' levels for RF radiation exposure.

The outdated method of deriving 'safe' levels of RF radiation is to continue to make the assumption that only ionizing radiation is strong enough to be harmful and that if there is no obvious tissue healing from the exposure, there can be no damage. Unfortunately, for the public, both of these assumptions have been proven erroneous based on new research.