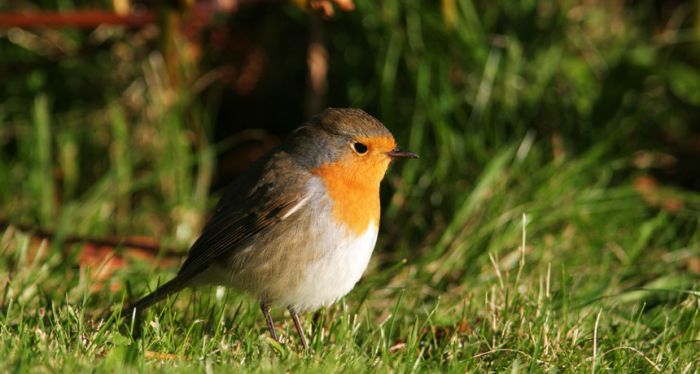 Magnetite: Wildlife's Internal Compass
It has been documented that Magnetite, a form of iron ore, is found in a multitude of wildlife. Magnetite is weakly magnetic and is used by birds and insects as a type of internal compass that allows them to navigate the earth. Magnetite allows them to connect with the earths geomagnetic field. It is nature's GPS System.

This internal GPS system is how bees know how to get back to the hive, how birds know how to migrate and how homing pigeons know how to come home. It also governs breeding and feeding.

Wireless Radiation Disrupts Navigation
In their continuing study of radio-frequency radiation, biologists have discovered that wireless radiation interrupts natures finely tuned magnetic-compass system. When birds and bees are exposed to wireless radiations they are unable to find their way back to their respective hive or nest. They become disorientated. Homing pigeons can no longer find their way home.

While not proven, many speculate that the mysterious Colony Collapse Disorder that began well over a decade ago and threatened to wipe out the bees was a result of the exponential rise in cell towers and wifi.

Not Just The Birds & The Bees
Further research into wireless radio-frequency shows it to be disruptive to a large array of wildlife, not just that which flies. Mammals, fish, amphibians, trees, plants, seeds and even good bacteria are adversely affected by wireless radiation. There ability to do complex biological processes as organisms is greatly reduced, Studies show there is a decrease in reproduction as well as an increase in mortality when animals are exposed to wireless radio-frequency fields. It addition, abnormal behaviors along with developmental problems arise.

The Effects Are Cumulative
The effects of non-ionizing radiation are cumulative. Continual low-level exposure over time eventually leads to a decline in health. The fact that the adverse health effects from exposure to wireless radiation are seen over time is what has allowed so much of today's tech to be approved for retail use. There have been no long term studies done, only short term.
Toxic Air Space
As radiation is invisible to the naked eye, it is easy to overlook. But if it could be seen, it would look like smog, which is where we get the term electrosmog. Background radiation levels have risen to heights never before experienced by any life forms on the earth. Nobody knows the long term effects this radiation will have on the eco-system. As the roll out of 5G approaches, it is not clear if life on earth can survive with the addition of a new form of wireless radiation that seems to be more dangerous then previous generations put together.
Re-inventing Wired
As humanity stands at a cross-roads, there are cries from the scientific community to bring back wired tech. 'Re-inventing Wired' is a catch-phrase that will most likely be bubbling up to the surface in the coming months as more and more people look for healthy alternatives to wireless.

More in this category: « The Hidden Dangers of Bluetooth Study Finds Brain Proteins Altered with Cell Phone Use »