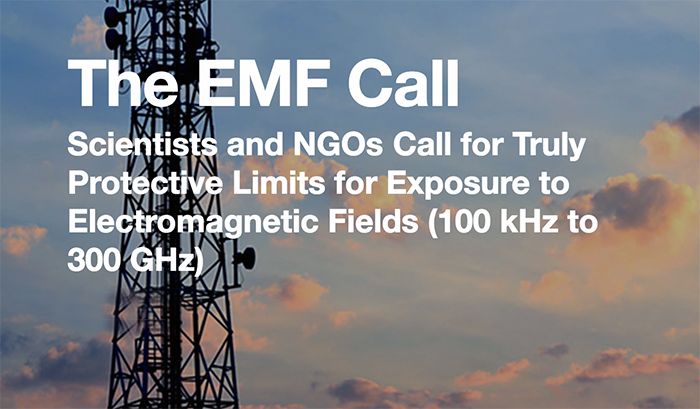 Scientists Sign Appeal To Protect The Public
On October 30th, 2018, over 240 top scientists from around the world signed a new Appeal asking the United Nations, the World Health Organization and Governments to not accept the new ICNIRP Guidelines on radiation.

The scientists stated they are putting forth this Appeal because the Public deserves EMF Guidelines that are "truly protective".

Guidelines Unscientific and Unprotective
The International Commission on Non-Ionizing Radiation Protection (ICNIRP) issued new Guidelines for wireless radiation on July 18th, 2018. According to the scientists behind the appeal, the Guidelines are both unscientific andunprotective.

"International Commission on Non-Ionizing Radiation Protection (ICNIRP)issued draft Guidelines on 11th July 2018 for limiting exposure to electric, magnetic and electromagnetic fields (100 kHz to 300 GHz).These guidelines are unscientific, obsolete and do not represent an objective evaluation of the available science on effects from this form of radiation.They ignore the vast amount of scientific findings that clearly and convincingly show harmful effects at intensities well below ICNIRP guidelines. "

"The guidelines are inadequate to protect humans and the environment. They are not protective, rather they pose a serious risk to human health and the environment since they allow harmful exposure to the world population, including the most vulnerable, under the unscientific pretext that they are “protective”.

Studies show levels of radiation below what are currently considered safe contribute to:

ICNIRP Allegiance Questioned
The appeal also puts forth the idea that the allegiance of the ICNIRP lies with the Telecommunications Industry rather than the health of the public.

"ICNIRP’s mandate to issue exposure guidelines needs to be seriously questioned. ICNIRP is not independent of industry ties as it claims.Its opinions are not objective, not representative of the body of scientific evidence, but are biased in favor of industry. It is obvious from their reluctance to consider scientific findings of harm that ICNIRP protects industry, not the public health, nor the environment."

Of the 244 international scientists who signed the appeal, some of the leading names are: