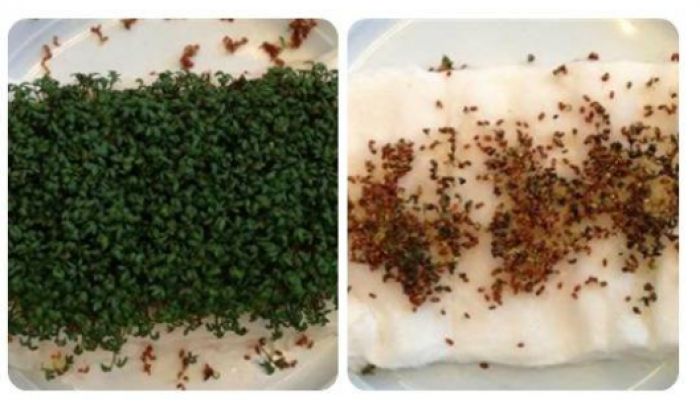 Test Duplicated in the USA
The test done in the Danish schools was replicated in the USA. Instead of cress seeds, pea seeds were used.  In place of a cell phone, the seeds were exposed to radiation from a combination of everyday household gadgets. A Wi-Fi router, cordless phone base station and a wireless baby monitor were used. The level of radiation the pea seeds were exposed to measured within the 'Safety Levels' put forth by the FCC.

After several days, rather than germinate, the wetted seeds remained dormant.

Plants Exposed to Radiation Fail To Thrive
While the effect on seeds was to inhibit their ability to germinate, the same study done in the states also looked at the effects microwave radiation had on full grown plants. The results showed that when plants were exposed to microwave radiation from the combination of WiFi, cordless phone base station, and a wireless baby monitor,  they failed to thrive. The plants exposed to the radiation experienced reduced growth of both roots and shoots as compared to the plants who were not exposed to microwaves.