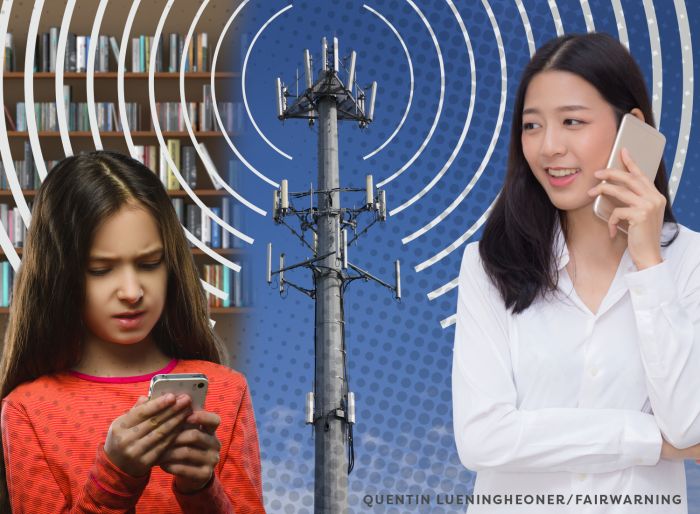 All of the Plaintiffs in these various cases developed, or had loved ones develop, brain tumors, some of which proved fatal. Almost all of the tumors were on the same side of the head that the cell phone was regularly used on.

People started suing cell phone manufacturers for selling phones that were dangerous with no warnings.

It is important to remember that cell phones were not tested for safety before being allowed into the marketplace for retail use. This is similar to how 5G is now being rolled-out, without any testing for safety.

Here's a look at some of the more prominent court cases that took place over the years...

In 1992, David Reynard of Florida sued the cellphone manufacturer NEC and the carrier GTE Mobilnet. He claimed that his wife Susan's fatal brain tumor was caused by the radiation from her cell phone. The tumor was present on the side of her head where she held her phone.

At this time, there were no FCC regulations on cell phone radiation. The Telecommunications Industry shot back saying that the radiation from cell phones was no different than the radiation we are exposed to every day from the sun.

The Reynard Case was dismissed due to 'lack of scientific evidence'. However, the publicity around this case likely led to the Telecom Industry's creation of the Wireless Research Program, a program run by the Telecom Industry which spent 6 years on studies that all found cell phone radiation to be without health risks.

In 1994, a Motorola engineer sued Motorola, alleging his brain cancer was caused by his testing of Motorola antennas. The case was settled out of court confidentially between Motorola and the Plaintiff.

Ward vs Motorola
In 1997, Richard Ward brought a product liability action against Motorola. He alleged that regular cell phone use caused a malignant brain tumor on the right side of his brain, the side he used his cell phone on. The Court determined that the Plaintiff's assertion had validity, but because he could not explain how the radiation potentially caused the tumor, the case was dismissed.

Newman vs Motorola
In 2000, neurologist Dr. Christopher Newman made the claim he developed a brain tumor after many years of using a cell phone for his medical practice. He claimed that the cell phone manufacturers failed to warn him that the phones were dangerous.  The case was dismissed due to 'lack of scientific evidence'.

Murry vs Motorola
In 1999, Motorola employee Michael Murry was diagnosed with brain cancer. The brain tumor he developed was behind the ear he used to test phones at work with. Murray began using a cell phone at the age of 23. He succumbed to the brain cancer and died at the age of 35 in 2003.

The military has been using microwave radiation since the 1940s. The first cell phones were military phones. Thorough testing of the potential adverse effects of microwave radiation by both the US military and the US navy took place in the early 1970s on animals but was kept from the public until recently when a Freedom of Information Act inquiry by a scientist forced its release.

Berkeley Right to Know
It seems the scientific evidence might be catching up with the times. The Berkeley Right To Know Ordinance "... requires cell phone retailers to provide consumers with 'purely factual and uncontroversial disclosures about commercial products.' “

The Ordinance was passed in Berkeley, CA in 2015 and requires stores that retail cell phones to post warning signs that read,  "If you carry or use your phone in a pants or shirt pocket or tucked into a bra when the phone is ON and connected to a wireless network, you may exceed the federal guidelines for exposure to RF radiation."

The Telecom Industry has been fighting this Ordinance in the courts. The battle went all the way to the Supreme Court and is still ensuing.

Canaries in the Coalmine
The Plaintiffs that developed brain tumors and subsequently brought charges against the cell phone manufacturers are today's canaries in the coalmine. May their pain and suffering be not in vain.