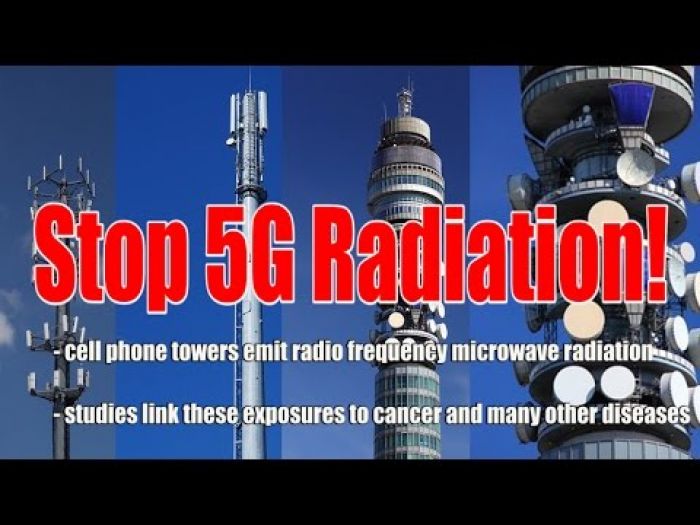 California Senate Greenlights 5G
Senate Bill 649 passed in the California State Senate in May of 2017. This Bill was highly controversial, as it green-lighted the roll-out of the 5G Infrastructure for California.

These "Small Cells" will number in the millions and will be located as close as 10-15 feet from 2nd story windows in both businesses and homes. They will operate 24/7. According to the Scientists for Wired Technology, the high-frequency antennas will "present significant biological and health risks to residents".In addition, these antennas have been calculated to run on 6 Watts of power, yet they have the potential to be amped up to 500 Watts of power, as there will be no monitoring of them.

Strong Opposition to 5G
Many experts in the field of health and the environment wrote letters to California Legislators opposing the passing of SB-649 and the subsequent rolling out of the 5G "Small Cells", citing health concerns as one of the main reasons for their opposition to 5G.

The Environmental Working Group had this to say about why they oppose the rolling out of the 5G:

"The health impacts of cellular transmissions have been debated more and more passionately the last ten years because there are studies that raise real concerns about the effects of radio frequency (RF) energy or radiation on humans. Studies on the health impacts of cell phones and their transmission infrastructure are continuing. As new information becomes available, local government ought to be able to use it to help guide their decision making, including locational issues such as proximity to homes, school and hospitals.

A representative of the Sierra Club had this to say in opposition to 5G:

"These "small cell" installations not only can cause an aesthetic blight, but can release levels of radiation that we don't yet know conclusively the health impacts they can impose on humans, especially developing bodies and minds of children. These small cell boxes could pop up anywhere: grocery stores, outside school, playgrounds, communal places, with no requirement to mitigate effects or understand potential environmental and health hazards."

A Professor of Public Health at the University of San Francisco wrote this in regards to 5G:

"I am very concerned about moving forward with expanding the use of small scale wireless technologies at the same time that there is mounting evidence of the potential for health risks from the associated radio frequency energy and radiation, particularly to children...early warnings in the scientific literature should be heeded."

Martin Pall, PhD, Professor Emeritus of Biochemistry and Basic Medical Science at Washington University had this to say:

"It would be a disaster for the health of Californians to be exposed to the antennas envisioned in SB-649. The State of California would be making a grave mistake to proceed with supporting the commercial interests of the wireless industry with this legislation. Legislators would best pause to understand the gravity of the biological effects, and the ramifications for physical and mental health, as well as consequences from continual damage to human DNA, and learn the facts from scientists who are independent of the wireless industry..."

5G Is Already Here
While many citizens are under the impression that 5G will not be rolled out until 2020, the truth is it is already here. Several states have introduced legislation similar to California's and, by working with the FCC to bypass any legal obstacles,  have officially begun the installation of the 5G Infrastructure.

As of June 2018, those additional states are: