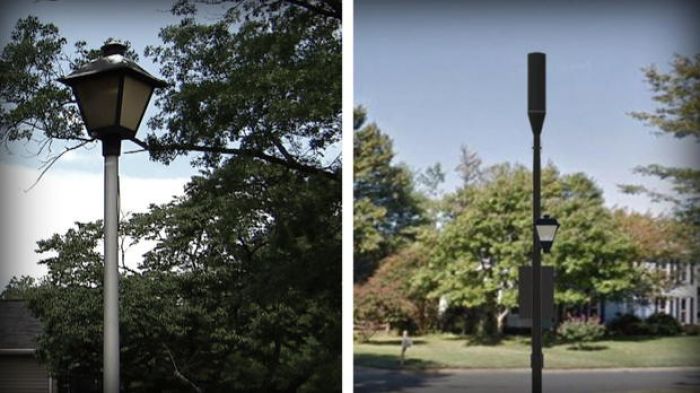 The catch phrase "Small Cell" has been attached to the 5G infrastructure roll-out. However, as the FCC reveals more of the planned roll-out, it turns out the the "Small Cells" are really not so small after all.

The FCCs current Commission on 5G has revealed that under FCC guidelines the cell towers that make up 5G will be allowed to be 50 feet in height, with each cell tower being equipped with over 1000 antennas operating simultaneously.

No Limits on 5G Cells
Under the current FCC guidelines, there are no restrictions placed in regards to the erection of these new 5G cell towers. In fact, the FCC has refused to place any limits on the 5G infrastructure in terms of pieces of equipment allowed to be attached to or placed next to the cell towers.

Facilities Not Just Towers
The Telecommunications Industry have publicly announced their plan to erect "hundred of thousands" of these "Small Cell" Facilities, as the Industry calls them. They are referred to as "Facilities" because they are more than just a single cell tower with antennas. There is additional, separate equipment involved. This is due to the fact the 5G frequencies need more equipment to be able to be utilized.

Companies such as Verizon and AT&T have stated they will be erecting these "Small Cell" Facilities on both residential and non-residential land. They have also stated the "Small Cells" will be in close proximity to one another.

Not Just Microwave Radiation
The companies have also made public that the 5G antennas will emit more than just the current microwave radiation used to power the 4G system. In addition to the microwave radiation, the antennas will emit higher frequency radiation in the submillimeter to millimeter wavelength. This high frequency radiation has never been utilized for the public, nor has it ever been tested for such use. Prior to its use in 5G, the high frequency millimeter waves were used as a Crowd Control EMF Weapon in the US and Chinese Military.

The radiation emitted from these not-so-small "Small Cells" will be continuous and will enter homes and businesses 24/7.

Unlawful Approval of 5G Infrastructure
The FCC fast-tracked the approval of the roll-out of the 5G infrastructure without complying with the National National Environmental Policy Act (NEPA) and National Historic Preservation Act (NHPA). Under these Acts, the FCC has to assess the impact any new infrastructure has on the health of the public and the health of the environment before it can be implemented. To date, this has not been done with 5G, therefore it is unlawful for the FCC to approve the 5G roll-out.

The FCC has not yet formally addressed this Request.