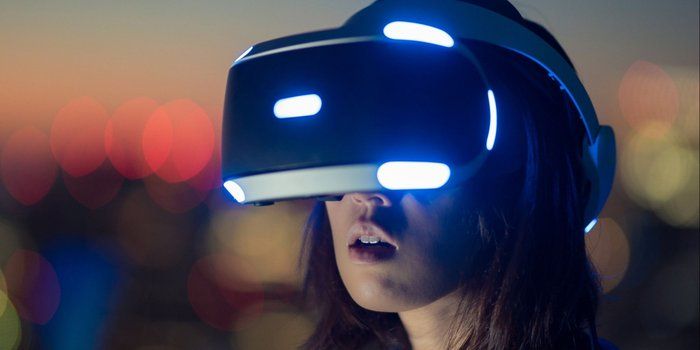 Global Expeditions Pioneer Program
Global Expeditions Pioneer Program is a Wireless Virtual Reality System that is being brought into middle schools across the USA. Pushed by Google, Inc., (who supplies the Smartphones and Tablets used in the program for free), the program allows middle schools students to 'travel' virtually to places such as the moon and mars.


Unfortunately, the technology used has never been tested on children and many scientists are calling for the Program to be ended, citing potential health risks due to exposing the children to high levels of microwave radiation.

Children's Brains and Eyes At Risk
The developing bodies of children are very different than those of a full grown adult. This type of Wireless Virtual Reality System being distributed by Google, Inc., has never been tested for use on children.

The Global Expeditions Pioneer Program has the children encase a Smartphone in a cardboard box that is then held up to their eyes. The implications of this in terms of radiation exposure to the children's brains and eyes is very serious.

“Two-way microwave radiation transceivers, in the form of Smartphones, should not be used directly in front of children’s eyes and brains,”  says Professor Om Gandhi. Professor Gandhi is a distinguished Professor at the University of Utah and was one of the original developers of testing to evaluate wireless radiation emissions from cell phones.

Prof. Gandhi states, “We have never tested microwave radiating devices directly in front of the young developing eye. The absence of proof of harm at this point does not mean that we have evidence of safety.”


Untested Technology
Many top scientists are asking how Google, Inc. is able to deploy technology for use in schools by children when that technology has never been tested for safety.

“We want to know why is Google encouraging young children to employ a technology that has never been tested for their use when Samsung has a similar system that explicitly advises that no child under the age of 13 should be using it,” asks Devra Davis, President of EHT, and Visiting Professor of Ondokuz Mayis University Medical School and The Hebrew University Hadassah Medical Center.

Children Absorb More Radiation
It has been documented that the developing brain absorbs more radiation due to the skull being thinner.

Professor Claudio Fernandez from the University of Canoas, Brazil, used cutting-edge modeling and found that radiation from the virtual reality applied wireless phones could easily exceed levels tested on adults.

Dr. Mary Redmayne, a researcher at Monash University in Australia states that,  “Children’s brains are not fully myelinated and eyes absorb radiation readily due to their high water content. Placing a two-way microwave radiating device directly in front of young eyes is not a wise choice in my opinion.”

Documented Health Risks
Some of the documented health risks to the eyes and the brains of those exposed to high levels of microwave radiations are:

Other health conditions related to radiation exposure of the head area are:

Stop Experimenting on School Kids
Scientists are recommending that schools "forgo experimenting on their students with such wireless virtual reality systems and choose safe radiation-free non-wireless technology for classroom curriculum."

Corporations have always practiced the 'cradle to grave' marketing tactic for products, as it makes for loyal, life-long consumers. But now that the products are wireless microwave radiating devices, a new level of responsibility is called for.

EMF Watch Dog Groups such as the Environmental Health Trust are doing a great job of keeping the Telecommunications Industry and all of its off-shoots in check.